Shanghai Rummy is one of the most popular types of manipulation Rummy games. It gets its name from the specific move in the game.

The Shanghai move is when a player can rearrange some or all of the melds on the table so as to allow them to play cards in their hand.

The game is fun to play with 4 players. More than 5 can make the game a little less interesting. Scroll further to know more about Shanghai Rummy, how to play shanghai rummy, and all about the game.

Players can choose the dealer among themselves through whichever method they prefer.

Once the dealer is chosen, he deals each player 10 cards either in batches or as 3,3,3, and cards.

The rest of the cards are placed face down in the center and made the stockpile. The game begins and continues to the left.

Now that you know how to deal in Shanghai, here is how you play it –

Run Meld – Set of at least 3 cards of the same suit and in sequence.

Set Meld – Set of 3 or 4 cards with the same rank but having different suits.

Note that the players who are not able to meld any youtube cards have to draw 1 card from the top of the stockpile.

In case they can play that card, they should do so. However, if they cannot play the card, they can continue to draw until they get a card that can be played. Once they meld a card their turn is over.

Although the game does not have an official end, generally the game ends when a player melds their last card.

What Are the Rules?

Who Wins in Shanghai Rummy?

The player who has played all the cards in their hand wins Shanghai rummy which means he has a score of 0 points. The game has no official end. Players that have cards left have the score the same as the number of cards left with them.

How Do You Win? 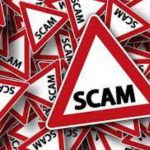