Samsung has been a renowned brand which deals with electronic items for decades. But after venturing into the mobile phones, the face of the brand has changed entirely. In the last few years, the company has led the smartphone market in high as well as mid-range. It has successfully launched various series of the smartphone and maintained the position.  Samsung Galaxy J5  is one of the most trusted and used brands as far as cell phones are concerned. With the introduction of their Galaxy range, they became the king of smartphone markets. Their Galaxy phones are smart, stylish, and technologically advanced. Samsung introduced their J series smartphones and has been taking ahead the brand by launching new versions frequently.

Word has it that Samsung is all set to come up with yet another smartphone which will be positioned in the mid-range bracket. The phone is touted to be one of the best options in mid-range price segment, but only after launching one can see the situation of the device. Though we have already seen the Galaxy j5 20515-16 model in the market, the J5 is expected to have some added features for better performance.

Here’s a sneak peek at the features and specifications of Samsung Galaxy J5.

The J5 phone has a sleek design just like many of its other devices. The smartphone will be available in 3 colour variants of classic white, black and Gold. The phone has a 5.2-inch screen display which is quite big in comparison to other phones of the same segment. The bigger and sharp screen makes reading, browsing, watching videos and playing games a pleasant experience. It has a full HD screen resolution of 1080 x 1920 pixels with a pixel density of 424 ppi which makes the videos and texts look vivid and clearer.

The phone has an IPS LCD type with Capacitive Touchscreen which enhances sharpness, offers realistic images, natural colors and works well in sunlight than LCD. It is enabled with Multi-touch, Proximity sensor, and Accelerometer. The device has a USB connectivity of micro USB 2.0. Considering numerous features the model will surely be a huge success for the company and lead the competition to new heights.

The device operates on latest Android 6 Marshmallow along with a chipset of Qualcomm Snapdragon 625 MSM8953. This enables hassle-free streaming of videos/ audios, offers clear voice calls and path-breaking battery efficiency. These features surely attract the normal users of the device.

It has an Octa core, 2 GHz, Cortex A53 processor which is the brain of the phone. It makes the device manage its functions and applications efficiently. The enormous 3GB RAM helps in the fast download of apps and smooth execution of tasks simultaneously.

The device has a good camera quality which is a pre-requisite for a smartphone these days. And with a lot of competition in the middle segment phone, the camera and features need to be competitive. The device also has a rear camera with a resolution of 13 MP along with a 5 MP front camera. It enables video recording in 1920×1080 @ 30 fps.

The additional camera features are inclusive of face detection, autofocus, and digital zoom along with touch focus. Continuous Shooting, ISO control, HDR mode and Exposure compensation are few other notable features of the camera.

Long battery support and great storage capacity are one of the important features that people consider while making the buying decision. The Samsung J5 seems promising on both fronts. It has an internal memory of 16 GB with the expandable capacity of 128 GB with the help of micro SD card.

The device has ion battery of 3500 mAh which offers longer functioning both while operating and stand-by mode.

Samsung J5 is a dual SIM phone with micro-SIM sockets for both the SIMs. It is enabled with Bluetooth v 4.1, GPRS, EDGE, GPS and Wi-Fi 802.11 b/g/n. It operates well on networks such as 2G, 3G, and 4G. The device is also enabled with an FM Radio.

The Samsung Galaxy J5 2017 is expected to be priced at Rs.12990 which makes it a middle segment phone, which is more in demand presently. The market is flooded with many phones in the same range and great features. But, the brand may make a little difference. However, the device can give tough competition to other smartphones of the same segment.

The smartphone actually seems promising with amazing features, but since the device has not been launched yet, it’s too early to comment on its performance. So, only time will decide if the phone meets the expectations and outperforms its counterparts.

Nokia D1C: The Competition Is Rising 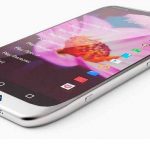 Nokia D1C: The Competition Is Rising 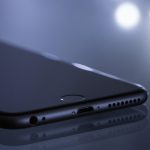 QUEEN iPHONE SPY 101: Spy on iPhone With Just The Number To Hack an iPhone 2022.